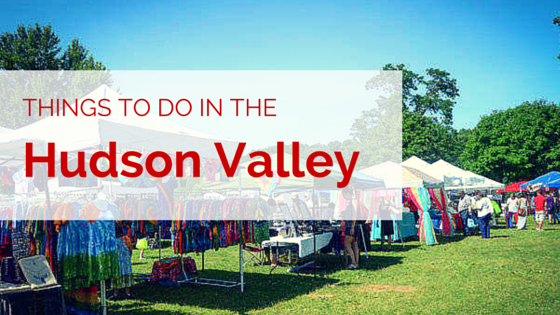 Things to do in Westchester and Rockland County September 18-20, 2015

Circus Latino will be at the Tarrytown Music Hall this weekend. It will be a multi-cultural arts events featuring Westchester Circus Arts and Jazz Forum Arts and a Brazilian Samba Band and an Ecuadorian band.

300 artists will fill the grounds of the Neo-Gothic Lyndhrust Estate in Sleepy Holow this weekend, for the Fall Crafts at Lyndhurst. It runs from Friday September 18 to Sunday September 20.

The Southern Westchester Music Festival (SOWE) is on Saturday, September 19, 2015 at Harbor Island Park in Mamaroneck. There will be fun for all ages, food trucks and more.

The Armonk 4th Annual Fall Festival is this Sunday, September 20, 2015. It will feature Jamie's 5K Race for love, a pie-eating contest, donut fishing and more. 9:30am-2pm at Wampus Park.

The Blauvelt Sons of Italy is holding their 6th Annual Italian Feast and Carnival this weekend, September 17-20, at the Masonic Park Fairgrounds in Tappan.

The Pearl River Flea Market and Crafts Fair is this Saturday, September 19 from 10am-4pm.

For those who want to try the diverse cuisine offered in Haverstraw, you can join the Flavors of Haverstraw Food Crawl on Sunday, September 20 from 2pm-6pm. There are 10 participating restaurants.

The Bear Mountain Oktoberfest is still going on this weekend. Also the Defiant Brewery in Pearl River is also holding their Oktoberfest this Saturday from 2pm-7pm.

The 20th Annual Taste of Rockland, hosted by the ARC of Rockland, will be held on September 21, 2015. It will highlight signature dishes from over 40 of the Rockland County's finest restaurants, plus fine wines and spirits.

On September 19, the 4th annual Hudson Valley Apple Festival is held in Germantown, in Columbia County. It will be a day of old fashioned family fun, including hayrides, wacky apple crate derby, wine and beer tasting, arts and crafts, car show, live music, and of course food and fireworks.

The 42nd Annual Cornwall Fall Festival on Sunday, September 20 on Main Street. And the Hamptonburgh Country Festival will be held at the Hamptonburgh Town Park on September 19 from 10am-4pm. There will be free pumpkin painting, face painting, bouncy house, children's games, animals, and more.

The St. Nicholas Fall Greek Festival in Newburgh will be held on September 18th, 19th and 20th. It will feature traditional Greek food, beer and wine, and pastries. Greek music and dancing, a Greek coffee shop, church tours, a Greek gift shop with handcrafts, and raffles are also offered.

The 25th Annual Taste of New Paltz will be held from 11 a.m.-6 p.m. on September 19 at the Ulster County Fairgrounds, 249 Libertyville Road, New Paltz.

This weekend, from September 18-20, is the Beacon Independent Film Festival. Features films, shorts, documentaries will be screened, with activities for both adults and children. The third annual Hudson River Craft Beer Festival is will be held on Saturday, September 19th at Riverfront Park in Beacon, New York. It includes 4-5 hours of beer sampling, food, live music, and more.

Saturday, September 19, the 20th East Fishkill Community Day will take place at the East Fishkill Recreation Park. On the same day, the Arlington Street Fair will take place in Poughkeepsie from noon-6pm. Inflatable rides, live entertainment, musical guests, and 100 – plus vendors. At Vassar College, The Vassar Haiti Project will hold its 15th annual sale of Haitian paintings and handcraft to benefit programs in Chermaitre—a mountain village in Haiti unreachable by road.