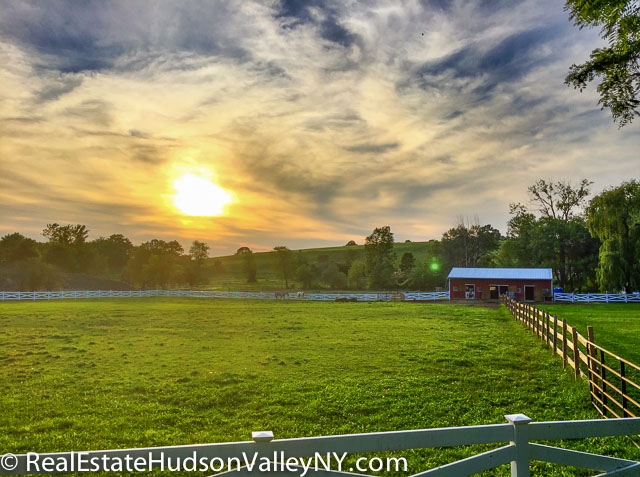 You can search for all East Fishkill and Dutchess County NY homes, townhouses, condos, multi-family, land, and foreclosures for sale. Click on the icons below to see all homes for sale in Fishkill NY.

The town of East Fishkill was created in 1849, when it split off from the town of Fishkill. The Hudson Valley Research Park (formerly known as the IBM East Fishkill) is located in East Fishkill, where approximately 3000+ high tech jobs are, and has a great impact in the local economy.

East Fishkill is pretty typical suburban, with the East side of town being more rural. The town of East Fishkill has a well developed recreation department. If you and your family are into playing sports, the town has excellent parks and facilities. To enjoy the countryside, you will find farms, horseback riding, and lots of space in East Fishkill.

Most of the homes East Fishkill are detached single family homes that are owner occupied. Many people choose to live in East Fishkill for their newer and larger homes with spacious lots. Close to 70% of the properties were built after 1970, with 30% being built around 1990.

Some facts regarding East Fishkill real estate (All data from the US Census):

Some of the more popular East Fishkill home communities are:

Wildflower Hills - one of the only townhouse communities in East Fishkill (although many can be found in nearby towns of Fishkill and Wappingers). The community is next to Sylvan Lake, and was built in the 1990s.

Four Corners - a large luxury home community of new homes built by Toll Brothers. You can enjoy a resort style living with a 10,000 square foot club house, fitness center and screening room, swimming pool, tennis courts, and more. There are still new homes being built as of 2019.

Hopewell Glen - a new luxury home community of new homes built by Toll Brothers in 2015 and after. There is also a clubhouse, pool, playground, and low maintenance living; the home association fee includes lawn maintenance service

The Legends - a luxury community of large homes on the grounds of Beekman Golf Club. Most of the lots are 1-3 acres, and some of the homes sizes range from 3000-7000 square feet, and were built in the 2000s.

Jefferson Park - most homes were built in the 1970s

Little Switzerland - a community with an optional home owners association with a clubhouse and swimming pool. Many of the homes are stone homes built in tudor style

Looking to sell your home in East Fishkill? Can't find what you're looking for, or have a question? Contact Us today and let our team of talented local professional Realtors help you.

East Fishkill is located in the Southern part of Dutchess County, just North of Putnam County. Going South, New York City is around 65 miles away. The Taconic State Parkway passes through East Fishkill, giving East Fishkill convenient access to the parkway and to I-84.

Within Dutchess County, Beacon is 10 miles to the West, and Poughkeepsie is approximately 18 miles away. The closest Metro North train station from East Fishkill is the New Hamburg and the Beacon train station. Visit our commute guide for more information about the commuting to New York City. 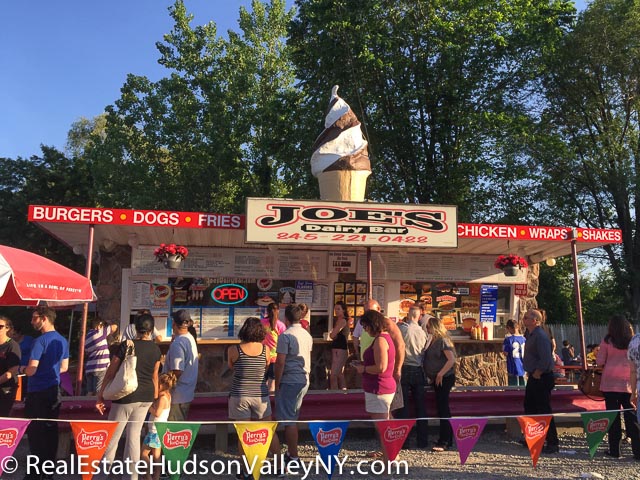 For shopping options in addition to the few grocery stores in Hopewell Junction, you will have to visit the big box stores and mall along Route 9 in Fishkill and Wappingers. It is around a 10 minute drive. For something more unique, the popular Stormville Flea Market, one of the largest in New York State, takes place once a month here in Stormville, in the town of East Fishkill.

There are lots parks and nature to enjoy in East Fishkill. The trail head of the Dutchess Rail Trail is located in Hopewell Junction at the restored Hopewell Junction train depot. It is a 13-mile rail trail that connects to the Walkway Over the Hudson and to Ulster County.

The 60-acre East Fishkill Recreation Park, at Route 376 and Route 82, has amenities for everyone. In addition to the large sports fields, playgrounds, and picnicking areas, there is also a roller hockey rink, a skate park, and a ice skating pond at the park.The East Fishkill Community Center, located at the park, provides senior citizen activities, shuffleboard, cards, bingo and nutrition programs.

The Red Wing Park has an eight-acre lake and beach fed by an underground spring that is open throughout the summer.

Four Bedroom, 3.5 Bathroom contemporary home in sought-after The Legends community on the grounds of Beekman Golf Club. This is the Sinclair model - enjoy the spacious, o...

Welcome to your next four-bed, three-bath home in a picturesque neighborhood! Feel right at home as you enter into the foyer that leads into the gracious main space w...

Welcome to Shangri-La, your personal private oasis and one of those dream homes that rarely come on the market. Vacation at home every day in your spectacular resort styl...

Beautiful pastoral 2+ acre lot - deeper than a soccer field! Wonderful bones - in need of new skin! Bring your design plans and craft an elegant homestead for your next 3...

This stunning Tudor style home makes an impact from the minute you lay eyes on it. Set back among mature trees, this home truly has a storybook feel. With 4,000 square ...

Great opportunity to build your dream house in a sought after neighborhood of East Fishkill. Adjacent lot also available for sale (236 E End Ave). Raw land, no BOH, no Su...

Great opportunity to build your dream house in a sought after neighborhood of East Fishkill. Adjacent lot also available for sale (240 E End Ave). Raw land, no BOH, no Su...

Are you seeking an updated contemporary home with an entertainment-ready floorplan, an oversized primary bedroom, and approximately 4-acres of gorgeous land? Look no furt...

Property has extra lot. Property is being sub-divided. House will have over 1.2 acres. AND If you wish to purchase Buildable lot separately and build your own home, selle...

Welcome to 5 Orchard Place, conveniently located in the charming village of Hopewell Junction. This 3 bedroom and 2 full bath home is move in ready. The first floor offe...

Serenity abounds, ranch home set on 1 1/2 acres of pristine & well maintained and manicured, the pride of ownership shines throughout. Entertaining is a delight in the la...

Expansive and exquisite. This four-bedroom, 3 and a half bathroom modern colonial is a dream come true. Located in the sought-after Legend's community. The sweeping first...

Spectacular 4 bedroom 3.5 bath custom built French colonial on a gorgeous 2.49 acre (a double lot) private setting. Upon entering this one of a kind home you will see the...

SPECTACULAR HOME IN FOUR SEASONS ESTATES. TOTALLY RENOVATED. HARDWOOD FLOORS THROUGHOUT. UPON ENTERING YOU WILL FEEL RIGHT AT HOME. 1ST FLOOR OFFICE WITH FRENCH DOORS AND...

Look no further, welcome to the Toll Brother's community of Hopewell Glen.This Pristine single family home with over 3,000 square ft of living with a open floor plan for ...