In a little corner off of Route 302 and in the heart of Circleville in Orange County is Zoila’s. Upon entering, the vibe is that of a cafe. The easy smiles of the staff and friendly demeanor makes for a good beginning. 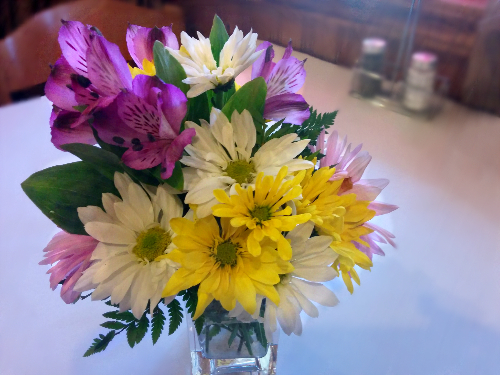 I quickly realized that though Zoila’s may serve as a trendy bistro by night, it has more of a modern hometown diner feeling by day. Choosing a place to sit, I was pleasantly surprised at the arrangement of fresh flowers.

I swiftly ordered, noting that the menu was a nice mix of lunch and breakfast. There was a mix of fascinating things, some more successful than others. For instance, they had a tablet based check-in rewards program where frequent diners could earn things like a free appetizer or entree. This has been popular at many chain stores and it was refreshing to see it in a small business.

However, they also had a small rack of ingredients used in the meals. This could be helpful in some environments but the majority of things featured could be easily found in your local supermarket. This made the rack feel that much more out of place.

First to arrive were the potato skins, especially flavorful with pepper jack cheese instead of cheddar. I was impressed at the touch of course salt rather than standard. I was disappointed to find that Zoila’s has a cafe policy on refills- there are none. This feels really out of place in a restaurant that seems like the local’s go-to. 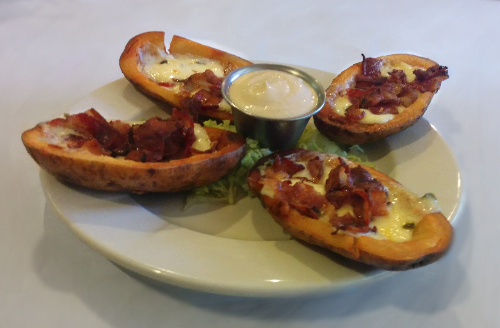 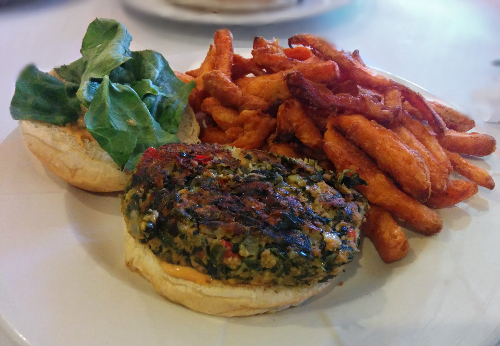 I didn’t have much time to be disappointed in the drinking options before my veggie burger arrived. With sweet potato fries and topped by chipotle mayo, it was satisfying and delectable. The veggie burger is hands down one of the best I’ve ever had as it lacked the dryness which often plagues this meat alternative. The fries had a delightful amount of crisp and the mayo was the perfect match for the patty.

Overall, the food was good and the service friendly and I could quickly identify why it has become a favorite for locals for breakfast and lunch. Though Zoila’s does serve dinner, I wasn’t impressed with the selection for night.

The prices for the various mealtimes seem reasonable and there are some delightful breakfast options such as the custard and brioche french toast served with strawberry butter. I will definitely return for the scrumptious veggie burger and I can recommend it for a relaxed atmosphere with hints of upscale food. It makes the perfect spot for a Sunday brunch after a scenic drive on Route 302.