You can search for all New City and Rockland County homes, condos, multifamily, and foreclosures for sale. Sign up to get new property listings daily that meet your search criteria.

The downtown area of New City attracts many workers and visitors every day. There has been some revitalization efforts going on in the downtown area to make it more attractive as a center of shopping and entertainment. However, the downtown area is a combination of strip malls, which makes it hard to build up nightlife or a charming vibe. 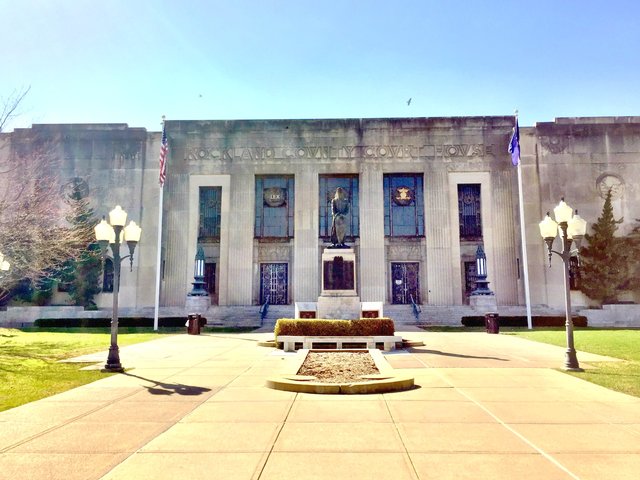 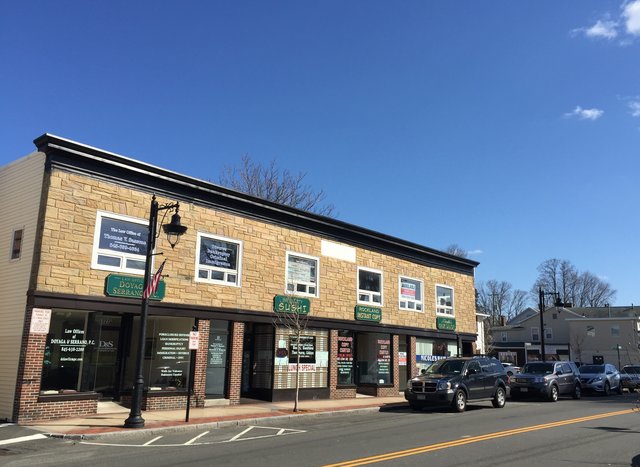 However, New City NY is considered a desirable place to live, and Clarkstown is often ranked as one of the best places to live in the US. Most people live in New City because it is a peaceful, affluent suburb. The schools are highly regarded, and there are many recreation options in the area. Most of the homes in New City are well maintained, with several neighborhoods with luxury homes over $1 million. New City is home to a number of parks and trails, and driving around town you will often get beautiful lake views.

Over 83.2% of the properties in New City are detached single family homes. You will also find a few townhouses and condos in New City. Most of the homes were built between 1950-1980, which was when the area became a popular suburb of New York City, after the opening of the Tappan Zee Bridge in 1955.

Some of the facts regarding New City real estate (All data from the US Census):

Some of the neighborhoods of New City include:

If you see any property that interests you, please feel free to contact Us. Even if you are simply browsing, one of our specialized realtors in Rockland County will be happy to assist you.

New City is located around 32 miles North of New York City, West of Congers, and North of Nanuet. To travel to New York City, you can cross the Hudson River on the Tappan Zee Bridge, or the George Washington Bridge in New Jersey. Without traffic, the drive would take as little as 50 minutes.

For public transportation, there are buses, ferries, trains and subways that connect New City to New York City. The most complicated part of the commute is crossing the Hudson River. Check out our Commute Guide for more details on the transportation details.

Some of the popular restaurants in New City include (I have not eaten at most of these places; these are places that I found on yelp): 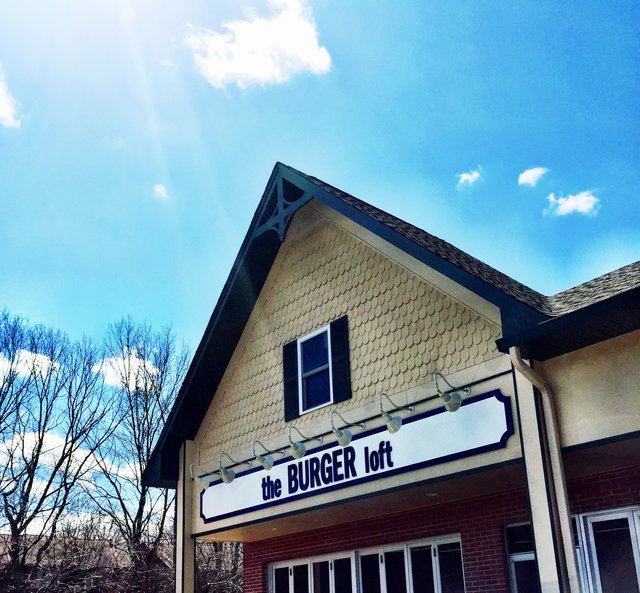 There are a lot of parks and recreation options for New City residents. They include the following:

"ACRE OF NATURE" - 4 Evan Drive, New City, NY is your chance to update and renovate an ample 2,223 SF sized canvas on nearly one acre of property, located on a tranquil c...

NEW CITY, NY - LOCATION, LOCATION! Everything else is second to this most important feature of real estate! Have the ideal spot with this lovely home! It sits on a 3/4 ac...

Welcome Home. It's not too late to buy your new home. This beautiful capecod home it set back on a beautifully manicured corner lot with serene neighborhood ambiance. 4...

Exquisite and Stunning is best to describe this 4700 square foot colonial. Located in one of Clarkstown's sought-after, prestigious areas. The soaring ceiling entry gr...

Coming Soon to New City! This expanded and custom cape cod style home has been completely redone and renovated with top-of-the-line features and craftmanship! NEW, NEW, ...

Hurry to see this Sprawling 5/6 Bedroom home in this sought after area of South Clarkstown with Award winning Laurel Plains Elementary! Owners have lovingly maintained th...

When we say move in ready, we mean MOVE IN READY, just bring your bags! This house is DECEIVINGLY LARGE! From the outside you will be shocked to see the amount of space...

"RIGHT ON ROSLYN" - Discover the refreshing lifestyle of the Hudson Valley. Incredible opportunity to own an impeccably maintained Cape Cod colonial perfectly situated ...

Elegance converge at this site. Nestled within the prestigious enclave of New City, this extraordinary custom built Colonial Style Home & Carriage House which has been co...

Here it is! A spectacular 6-bedroom bi-level with a backyard the size of a town park! Move right into this nicely updated home. The upper level boasts 5 bedrooms, living ...

Situated in a quaint neighborhood on a quiet cul-de-sac. This home is sitting on a double corner lot with .43 acres . This home features all the comforts including quart...

"Home is what you take with you, not what you leave behind." ~ K. Jemisin... Classic & sophisticated 4 bedroom, 2.5 bath extended side hall colonial w/level "park like" b...

Looking for everything new? Well, this home is for you. Renovated kitchen, baths, floors, and freshly painted too! Extra bonus of a full house generator! Oversized livin...

Live the Good Life with a Backyard Retreat! This beautiful Colonial complete with an inground pool oasis has everything you need to live, work and entertain with ease and...

This beautiful 3BR 2 1/2 bath garden courtyard unit is in a peaceful prime location with parking just a few feet from your front door. Gorgeous kitchen with granite coun...

Home is where the heart is. It sure shows at 30 Carolina Drive! This home is better than new! Brand new kitchen gutted down to studs- new sub floor, Pergo water proof flo...

Welcome to this spectacular center hall colonial, which is the ultimate in modern conveniences & suburban living. Exceptionally built with sunlight abounding in every roo...

Opportunity knocks! Great location, great price, and so much to offer! This one is gonna go fast! Privacy & room for growth! As you enter the circular driveway & pull up ...

The Builder of Woodland Estates chose this .92-acre lot, located on a cul-de-sac, for his home. Full front porch leads to generous slate entry foyer & sets the tone for t...

This well maintained split level home is sitting proudly on the corner in a lovely neighborhood waiting to help someone make memories like it did for so many years before...

Move right into this turn-key home that has been well maintained and updated by current owner!! Picturesque .37 acre is the setting for this updated ranch offering one-...

We are pleased to introduce this beautiful brick colonial home located in New City, NY. Situated on a lush 2.56 acres of flat, partially wooded land. This home was built ...

Prepare to be impressed as you enter this 3902 sq ft amazing home that has a legally permitted in-law suite. The first floor plan incorporates the living room, home offi...

Marvelous Contemporary Ranch at the end of a quiet cul-de-sac sitting pretty on .75 acres of land with over 6800sf of finished living space. Enter through gorgeous doubl...

Just listed! Beautiful side-hall colonial with 4beds/2.5 baths in New City, located on a quiet cul-de-sac in Clarkstown Schools! Featuring hardwood floors as seen, and a ...

Neat and updated Bi-Level available in the popular Buena Vista area of New City! Close to everything yet very private on a quiet Cul de Sac. Comfortable dining/living roo...

You will fall in love with this unique, spacious home that is truly a hidden gem. The property is nestled on a quiet cul-de-sec street with beautiful landscaping and out...

Come see this Amazing Custom Built Colonial with Over 4,000 SqFt of Living Space. Pride of Ownership Shines Throughout. This Home Has An Elegant Grand Foyer, Which Flows ...

Must see this Immaculate and Bright 5 bedroom, 3 bathrooms (2/1), extended high ranch home in one of the most sought-after neighborhoods in Rockland County. Ranked top 5...

New City, NY. Terrific 5 bedroom Colonial with all of the bedrooms on the 2nd level and 2.5 baths, located on a double cul de sac. This beautiful home is ready for you no...

Fixer Upper! Magnificent Colonial in the heart of New City, NY. NYC Suburb. This is no ordinary house, it's a marvel, a true piece of American History. This home has ove...

Beautiful and bright corner unit located in Braemar Condominium's. Tri-level townhouse with hardwood floors throughout. The living room has cathedral ceilings next to a...

UNIQUE PROPERTY!! VALUE IS IN THE LAND, ENDLESS OPPORTUNITIES... MOST SOUGHT-AFTER LOCATION!! CALL FOR MORE DETAILS!

Impressive custom built colonial situated on approximately 3 acres of sub-dividable property. There is an in ground pool with spa, waterfall, koi pond, pool house and an ...

Attention builders, developers, and investors! Beautiful 6.7 Acre property is on the market for the first time. House is being sold "As Is". Wonderful location to b...

Welcome to this late 19th Century classic Victorian boasting modern day sophistication and charm! With over 5,000 sq. ft. between the main house and separate 1,100 sq ft ...

IMPECCABLE, HIGH END LUXURY describes this 9 year young Colonial in New City-Clarkstown Schools! No expense was spared on this stunning home. Starting on the outside, thi...

This lovely MAGESTIC RETREAT is privately nestled 2.46 acres of parklike property. This desirable Rockland Residence offers an unparalleled setting less than 30 miles to ...

Check out this amazing opportunity to own a private stand alone updated, well-apportioned and Private 2 Floor office with Parking lot that includes separate 1st floor acc...

Designer-chic & ultramodern, describes this like-NEW (Renovated in 2022) 4,400 sqft Colonial. Be swept away by the stunning 2-story entry w/soaring ceilings that sets the...

A must see property located near all major Highways shopping and entertainment The Shops at Nanuet and short distance to Palisades Mall route 87/287 , Palisades P...