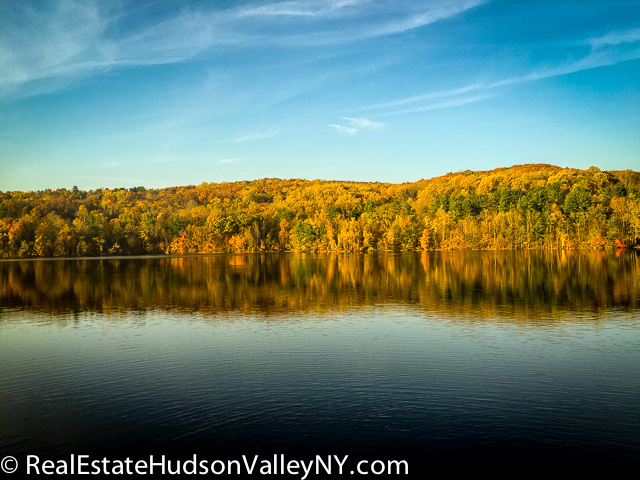 You can search for all Yorktown Heights and Westchester County NY homes, townhouses, condos, multi-family, land, and foreclosures for sale. Click on the icons below to see all homes for sale in Yorktown NY.

The town of Yorktown is very large at 40 sq miles, which is bigger than Manhattan. It offers a diverse set of neighborhoods, with suburban residential areas, lots of parks and open spaces, and rural farmland. It is made up of five business hamlets: Mohegan Lake, Shrub Oak, Jefferson Valley, Crompond, and Yorktown Heights. Yorktown Heights, at the Southeast corner of town, is the largest hamlet: 2/3 of the population in Yorktown live in Yorktown Heights.

Yorktown has a long history, being first settled in 1683. It played a strategic role during the American Revolution. Therefore, when the township was officially incorporated in 1788, it was named after the decisive Revolutionary War Battle near Yorktown, Virginia.

The Yorktown Parks and Rec department offers a wide range of programs for its residents of all ages. In the summer, there is a summer camp for kids, and a free concert series held at the John 'Jack' DeVito Gazebo. There are three swimming facilities in Yorktown: Sparkle Lake Beach, Junior Lake Pool, and the Brian J. Slavin Aquatic Center.

The Yorktown Community and Cultural Center (YCCC) provides a variety of educational, arts, and fitness programs for children, teens, and seniors. The center is also home to a 550 seat theater, where you can attend workshops and see productions from the fabulous Yorktown Stage.

One of the most enjoyable aspects of living in Yorktown is its nature surroundings. You can bike on the North County Trailways, which passes by the Village of Yorktown and its shops and restaurants. The Turkey Mountain is 831 feet above sea level. On top of the mountain, you get a breathtaking panoramic view of Croton Reservoir, the Hudson River, and a glimpse of the New York City skyline.

There is also the FDR State Park that includes a lake, a pond, fishing, picnic areas and sports fields, a golf course, and a mammoth swimming pool that is twice the size of an Olympic regulation sized pool.

The Jefferson Valley Mall in Yorktown, although is quite small, has a Macy's, Sears, and 90 other stores. The nearby Cortlandt Town Center with several big box stores and a movie theater, may be a more popular place for shopping.

IBM is a major employer in town with its Watson Research Center located there. There are smaller industrial businesses in industrial parks located in different parts of Yorktown.

Wondering how much the latest homes in Yorktown sold for? Click on the button below to view the most up to date Yorktown real estate market report. You will see the 50 most recent "Active Properties", "Properties Under Contract", and "Sold Properties" in Yorktown Heights, NY. You will see each home's address, sales price, price per square foot, and days on market before selling.

There are many single family home, townhouses, and condo communities in Yorktown NY. Some of the communities usually have a managing association that takes care of maintenance like snow plowing, and have amenities like a club house, swimming pool, tennis courts, and playground.

Some of the more popular communities in Yorktown include:

Huntersville is a beautiful neighborhood that includes homes from all ages. You may find some old farm house and historic homes in Huntersville as well.

Some of the newer single family home communities in Yorktown include: 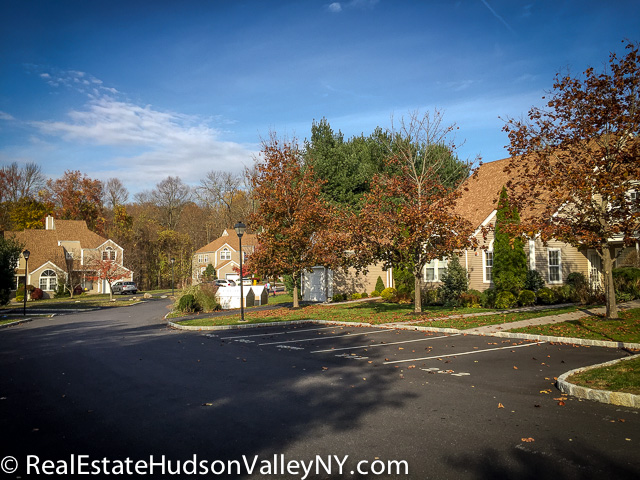 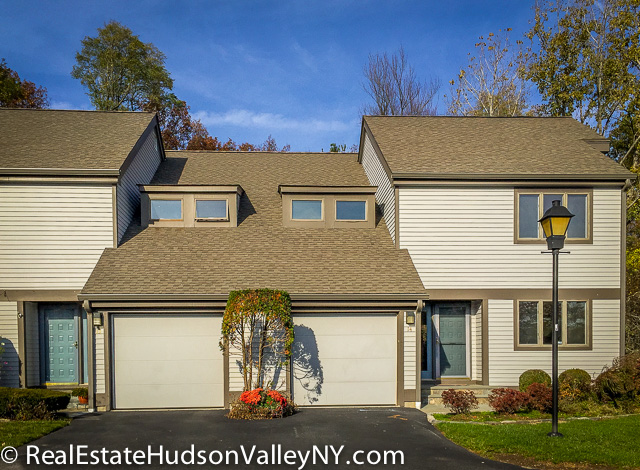 There is no Metro North station in the town. For residents commuting to New York City, they may choose to take the train to Grand Central station from either Croton-Harmon on the Hudson Line, or Mount Kisco on the Harlem line.

Which station you depart from generally depends on which part of town you live in, the time of day, and parking availability. Usually it is a 10-20 minute drive to the station for commuters, and the train ride will range from 41-75 minutes depending on whether you catch an express or local train.

It is convenient to get right on the Taconic State Parkway which travels North to Putnam County, and South to the rest of Westchester and NYC. Driving to New York City from Yorktown takes approximately one hour.

Please visit our Westchester School Districts page to find out more about all the school districts in the county.

Home with a Heart! Wonderful Mid Century Modern home nestled on a half acre property and located on a quiet culdesac street in a very desirable Yorktown neighborhood. Wel...

Showings start January 20th. This charming home is one of the original houses in the Junior Lake neighborhood, on a large hilltop lot. Enjoy beautiful sunsets from your ...